A review from the November 15, 1981 Chicago Sunday Sun-Times

…(Gilbert’s) photographs have appeared in 2 books on religious lives, “C.S. Lewis: Images of His World” and “The Steps of Bonhoeffer“. And there is a meditative, curiously devotional quality to the pictures exhibited. Not that anyone of conventional piety would find them elevating. Gilbert, using a 35-mm Leica, has since 1978 applied himself to a series called “the American Wilderness,” a title ironically deflated by the subject matter: thickets of wild growth fronting barely visible suburban tract homes, weedy outposts of nature breaking through cracks in pavement, scrub trees in front of telephone poles that pierce drab skies, slummy outbursts of foliage infiltrated by trash. It has been done before, of course, notably for Lee Friedlander, more pastorally by the late Charles Pratt, more austerely in Robert Adams’ view of tract developments. There is not much emphasis given any element, the composition seems like whatever-shows-up, the tonal range is a mundane knit of grays that sometimes goes to sullen black or leaden off-white. Some people will find it boring, and some will see it as alienated or alienating. I didn’t, because Gilbert really shares the truth of these things. Anyone who has spent time in the raw places where human habitation fights for definition with rank nature, who has seen the strange ramshackle beauty to be found in unkempt margins, and who loves the peculiar density of fact that appears in frontier states, can enjoy these pictures. They are deadpan but not dead, calm but not placid, and the meditative note is heard in a whisper that says: This too is real. 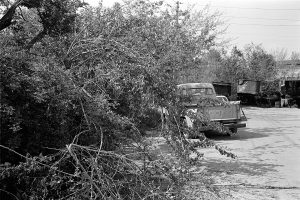 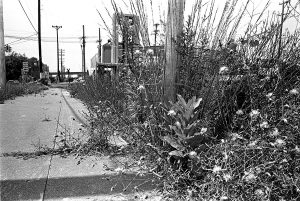 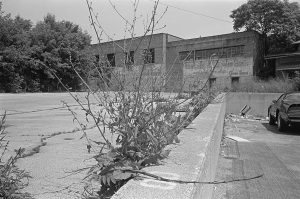 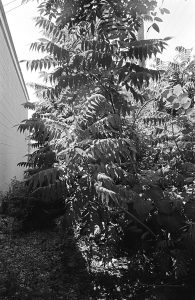 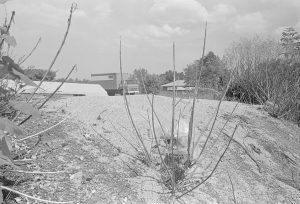 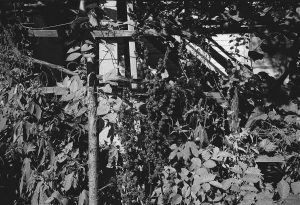 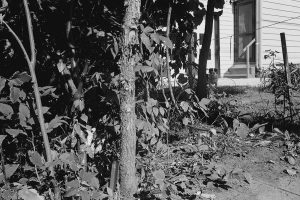 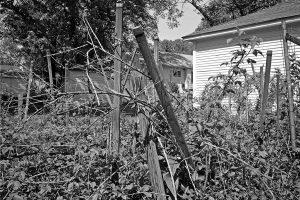 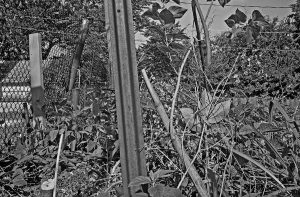 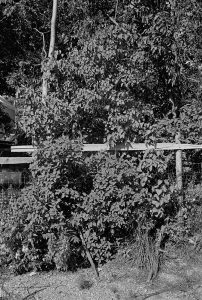 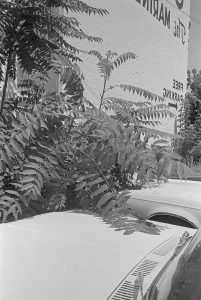 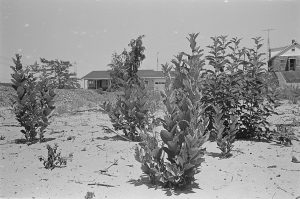 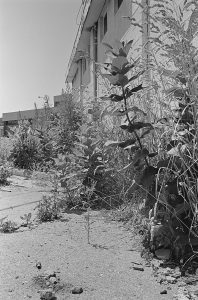 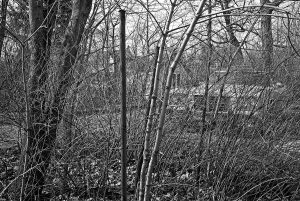 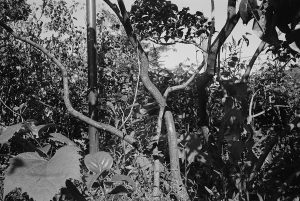 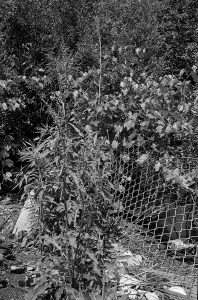 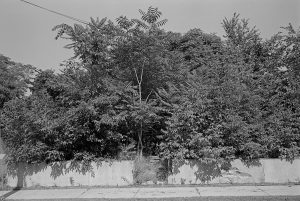 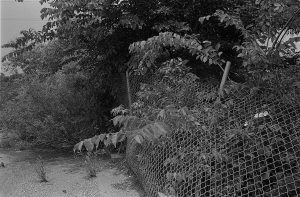 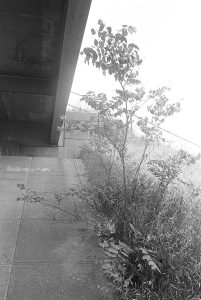 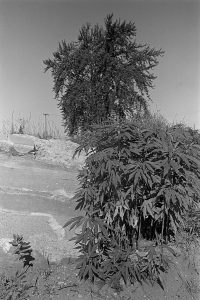 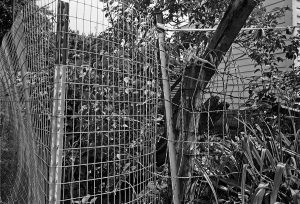 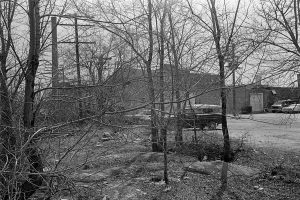 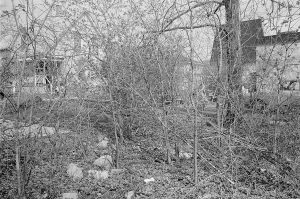 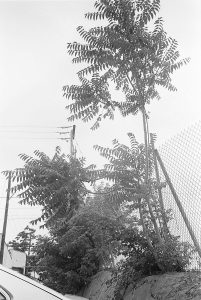 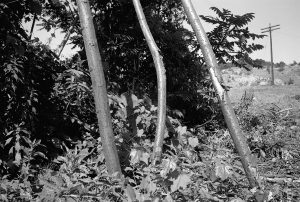