In a press release from the Art Institute of Chicago, August 1978, photography curator David Travis was quoted as saying:

“Gilbert’s photographs show street intersections in Chicago’s Western suburbs. Taken with a 35mm camera they show streets which at one time might have been no more than lines in a developers plan, but which are now grids overgrown with civic and domestic improvements. The photographs attempt to show a matter-of-fact view, although carefully chosen to present both the rigid as well as the casual stationing of the houses, trees, telephone poles, signs, fire hydrants, fences and shrubbery.” 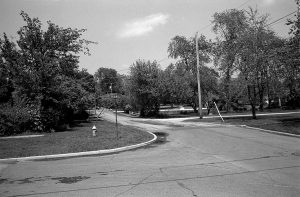 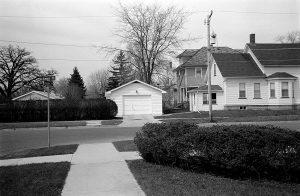 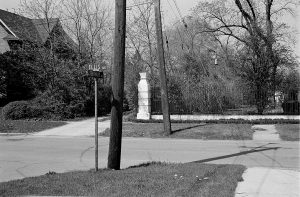 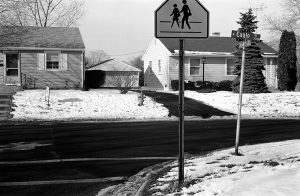 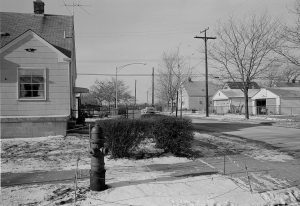 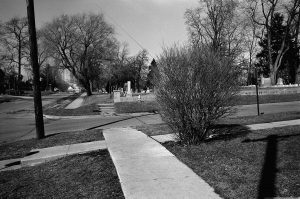 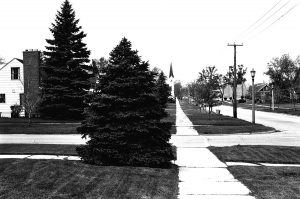 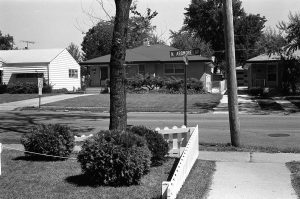 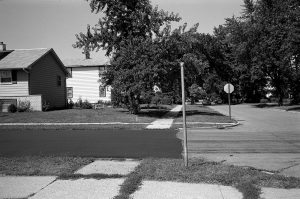 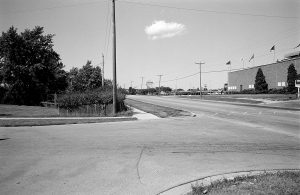 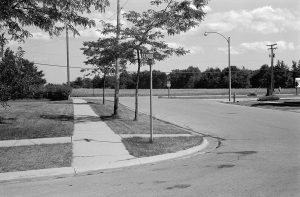 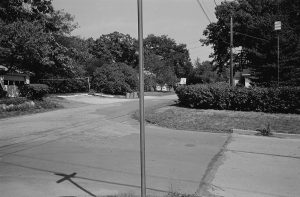 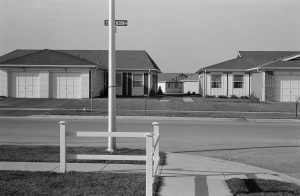 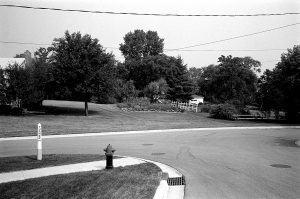 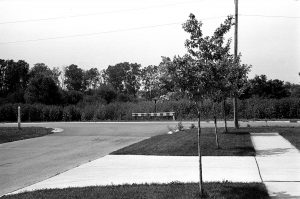